The source code for this project is available on GitHub.

Get started modding Factorio in TypeScript 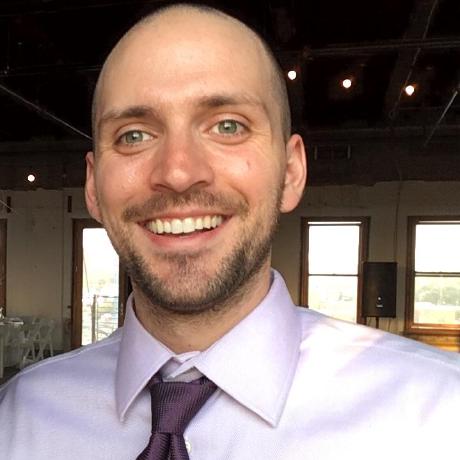 Of course we want type safety when programming Factorio mods. Unfortunately, Factorio's Lua modding API offers no such provisions. Good news! factorio-type-kit helps bridge that gap via TypeScript. While TypeScript doesn't offer the strongest safety guarantees of any language under the sun, it does offer moderate safety, and works well as a Lua replacement. The following steps are required to author factorio mods in TS:

We will execute the following steps later, but at a glance, here are the general required steps:

It is assumed that the reader has installed node & yarn before proceeding further.

Let's get to work.

The following command can be run to bootstrap a fresh mod project automatically:

For demonstration purposes, I will create a mod called vroom. This mod will make the character accelerate as he runs, allowing the player to travel at warp speed!

This step automatically installs the aforementioned dependencies and sets up the compiler toolchain. If you want to do these steps manually, please see the vroom codebase, and replicate the artifacts hosted there. @mods.factorio.com

Let us cd "path/to/vroom", and study the content. If you are familiar with the factorio mod directory stucture, this should look quite familiar.

Boom! Types for everything!

...but not quite. The Factorio Lua documentation is lossy, and has many cases where we simply cannot parse correct type definitions from the Factorio website. Until the factorio development team publicly supports machine-readable API documentation, factorio-type-kit TypeScript provisions will generally only be 70-80%+ complete. Thus, TypeScript users will be periodically disappointed to find any or unknown types in various interfaces. With that said, factorio-type-kit users are welcome to manually backfill essential definitions to make our community's development kit better.

Momentarily after launching the watching compiler, control.lua should be emitted. Open it up:

The TypeScriptToLua compiler does a fanstastic job on producing readable Lua.

The very first thing the vroom mod needs to do is detect when the player is in motion.

Rather that pull up the documentation, I'll just open up another call script.on_event, then begin typing in defines.events.. After intellisense presents me options, I will select on_player_changed_position. The type definitions tell me a callback is also required. I will enter in onPositionChanged.

onPositionChange is not defined yet. Let's discuss what it needs to do then draft it. First, it needs to get the player's current speed. Next, the speed needs to increase when running. Because the purpose of the mod is to accelerate the user, we multiply the previous speed by a scalar every so often.

Immediately take note that we have manually specified the type of evt as OnPlayerChangedPositionPayload. All factorio script event types follow the event naming convention: <CamelCased-EventName>Payload. A future version may automatically apply types to the on_event callback, so you not need cast.

The first thing I noticed was that evt did not have a reference directly to the player I needed. It does contain the player_id however, and with that ID we can call the get_player method on the global game instance. get_player returns an instance of a LuaPlayer, contains a walking_state property. Let's use that. We know that we only want to speed up the player if he is in motion, so let's further wrap our logic inside a conditional--if (player.walking_state.walking) { ... }.

Next up, how do we actually speed up the player? After searching the API documentation, I concluded that there was not a direct value specifying a velocity of the character. However, I did come across character_running_speed_modifier, which the type definitions told me is of type number. Unexpectedly, through trial and error, I learned that character_running_speed_modifier could be zero. Speed * 0 = 0, so Factorio likely does a 0 check internally before calculating the player's speed. We will have to do a similar check. Notice that typescript did not me help uncover my bug! Anything of type number can rightfully be zero, so shame on me! Defensive programmers everywhere are saying "you should have seen this coming", and they would be correct :). Equipped with this knowledge, let's fill in the rest.

When our player stops running, we want to restart the acceleration process for the next time he runs. My original approach was to listen for keyup events. Alas, Factorio has no key events. How else could I determine if the player has stopped running, and thus safely reset the speed modifier? Easy! On every tick of the game, I can check all players for motion--and turn off the multiplier if they are stopped!

That is, for every player, if there is a positive speed modifier and and the player is not walking, zero out the modifier.

Why didn't we just do a game.players.forEach? game.players isn't an array, so that won't work. TypeScript protected us from making that mistake! What about Object.entries(game.players).forEach? Yep, that worked! Why did we not do Object.values(...)? Because game.players is a special dictionary in Lua. Not all iterables map cleanly between languages. Object.values(...) wouldn't have given us compiler error, but still would have failed. Improved typing is needed to protect against these failures. While TypeScriptToLua generally helps out a great deal protect us from writing erroneous code, it is only as good as its applied type constraints.

When using JS standard library provisions, as we did above, the compiler will add a typescript-lua polyfill, lualib_bundle. The emitted Lua perhaps is not as elegant:

Even with the extra boilerplate generated, the code is still quite readable. Could be cleaner! Surely as the TypeScriptToLua compiler evolves in time, it will be.

I do not yet have clean, polished package & deploy scripts, but I do have functional ones. Do your best to cover your eyes. Running yarn install_mod syncs the mod into the local Factorio installation. Coupled with a watch script, every code change immediately syncs in the game folder, and requires only a scenario reload to exercise the new scripts.

Feel free to open an issue and collab on tidying the above in create-factorio-mod. With very little work, surely some cross-platform tooling could make the bundling and syncing nice for community, even for those not using factorio-type-kit.

The most important part of modding. Have fun playing: